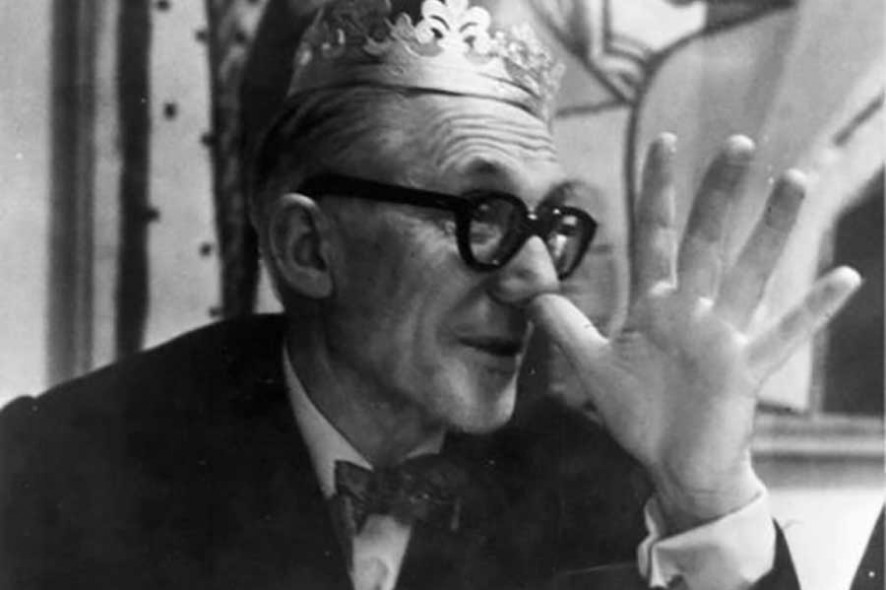 With these words the eminent architect and historian Bruno Zevi describes the wonder realized by one of the most important masters of modern architecture: Charles- Edouard Jeanneret, better known as Le Corbusier. We are talking about the chapel “Notre dame du haut” situated in Ronchamp, built in the 1950 and consecrated in the 1955.

What follows will not be a strict architectural analysis, of which you can easily find hundreds, but rather a reflection on the changing dialectic by the one considered the father of the modern trend.
His personality has been described as controversial. Le Corbusier was said by many as surly and self- centered, he cared about social issues, not really because he was personally involved in them, but because of the deep conviction of being able to illustrate , through the research, an algebraic and systemic living solution. This is what most logic and rational could exist. 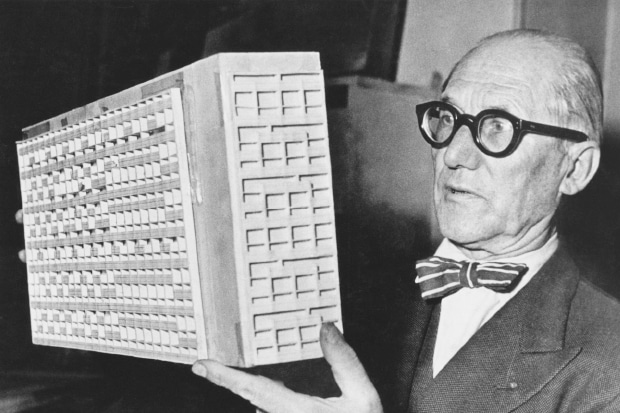 “To the individualism, fruit of delirium, we prefer the banal, the ordinary, the rule rather than the exception. The ordinary, the rule are strategic basis of the path towards the beautiful..”, this sentence contains the obsessive conception of Le Corbusier. His main thought was putting everything into precise schemes, from which deriving also whole cities, all of them built on a human scale.

He believed in neat forms, he sustained they were beautiful because simple and that the skill of the architect lies in coping well with them.

It is well known his sentence that says: “the architecture is the wise game of volumes put together under the lights”. According to his conception, the construction consists in the idea, not in the form.

Growing up, Le Corbusier funded the “purist movement” together with his friend Ozenfànt. He also established the five pillars of architecture (pilotis, tetto giardino, facciata libera, finestre a nastro e pianta libera) and he realized his masterpieces paying also attention to urbanism and always complying with his concepts and languages.

In the 1950 he went to Ronchamp, a little town situated in France. We are in the post-war age, those years are still too close to the conflict not to have well in mind the horrors performed by the human race and to have faith in the future. In this precise historic moment, the master of modern architecture, that rigorous architecture tied to the reason and anchored on stable ideas, conceives this wonder. A change in the language, as it was never occurred and never will happen again in Le Corbusier’s career, takes place.

He decides to get rid of the five pillars and to let himself go to an original and unique form. He is maybe the only one, among the masters of his time, to take the courage to stop and to understand the failure of the reason in front of the complex reality of the human living. He abandons the trust in shaping the world with the rules dictated by reason, everything has lost of significance after the genocides of the previous years. After seeing what happened during the world war, he refused to act as if nothing has happened and he decided to wonder about some issues.

Here is the greatness of Le Corbusier. From these circumstances it is easy to understand how much he was in contact with the society, his profession was strictly linked with it, but his own conscience lead him up to a total immersion that went beyond the common duty of an architect.

What has been created is nearly metaphysical, the predictability of modern buildings is substituted by irregular maps, sloping walls, supernatural windows that make a heavenly light filter into the church. The roof, in the end, is a fundamental element, it is nor flat nor sloping according to the construction rules, but it is designed with a shell- like shape, standing above the structure without flattening it.
Built on the top of an hill, in the middle of the nature, the chapel seems a gloomy gash into the reality, a shout to the failure of reason.

Sensations are ruling and no more rationality nor standard measures. That mystic bond with ourselves and with the nature that too often falls asleep and leaves room for egoism, eagerness and wars.
Le Corbusier dies in 1965, but by way of his works he still talks, and this chapel seems to underline his continuous dialogue.

Wooden Houses: a series of residential buildings that chose it proudly 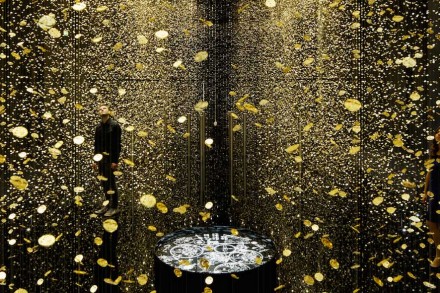