The space can not be defined by rules of representation, you can not frame it and conceive through plans, sections and elevations. When we live there are different vanishing points to our eyes, also, our eyes perceive what is around him not only what lies ahead. The reference point is always different, because even standing still our eyes move in space.
A designer should be able to get out of the traditional rules of design, or rather, should not base all his research on the analysis of drawings produced by him. Space does not understand, it is conceived by the technical plants, first of all, the architect must imagine and understand what will be its essence. Herein lies the power of a designer, have the ability to create space in the mind. Which I then have to translate on paper, but this paper will only be a mere instrument. (Nothing new)

That said, in my opinion, the architecture should relate to Impressionism. Why is impressionism art that wants to make the reality as it is. But filtered by ourselves. And ‘summary of it, in its continuity and wholeness.
This is not to say that architecture should be a mirror reflecting the real world, but should be able to reap the same principles, the same emotions.

We live in this world and how we perceive it appears to us, it is not objectively.

The architecture is part of our life and its purpose, and ‘to be the world. the task of this art and ‘to make reality.

With this phrase, I would say that the reality and everything that we have and can take wonderful shades, we have the task of extracting from it our architecture.

This ability will bring out some aspects that do not exist properly, but that inside us there. The architecture and ‘a branch of nature, and it is man to man. In the spaces that we will create will have the same feelings that we have in our lives, perhaps amplified and concentrated. After all, the man who lived in caves and man capable of wonder and surprise and ‘the same as going to live these environments, he will be at ease.

A person once asked me if I thought a man was walking along straight lines or not, clear the response begins to wonder why ever, if in our nature movement and ‘free and if our eyes are not moving according to plan view, should live in orthogonal spaces (boxes) for most of the time … More than anything, I wondered why we should design environments completely unrelated to what is ‘reality and what is’ the world.

The Impressionism has no pretensions, no demands and does not presuppose a knowledge of doctrine or a degree, none of that. This movement wants to make reality in all its grandeur. “Look at how much and ‘wonderful world!” They seem to say their paintings, they are sensations, always different, always changing.

Instead, some architectures are predictable, finite. These seem wraps that do not take into consideration all of those who are going to live there, and ‘as if we choose a car without knowing who will guide you, some may be fine, but it may not be the best. There is talk of modular architectures, which leave no room for the thoughts, to the surprise …

An architecture must be amazing. But even a house? Yes it is.

I would like to say that the houses designed by surveyors in the 60s are homes for people? No, those are boxes where you are and ‘locked up over the centuries, are trade-offs with economic reality, always important in every case, but these homes can not be passed off as such! We must be conscious.

These words do not mean the desire to build according to nature, with a curved shape and so on, no .. Do not get me wrong, that is aimed at creating a synthesis of reality.
Which means that a city like new york and ‘amazing.

And it ‘nature of lattice, from the streets to the boundary of the park, and the gigantic buildings shown are a representation of the idea of its essence. It has a life of its own, can not but be so. Walking along Fifth Avenue evokes emotion, because you feel part of something. New york and ‘the city of work, the bag, the American dream, and the frenzy of speculation, translated in all those ways.

Every place has its own soul, where it it and ’round ends architecture, where it does not exist and’ have taken a process that had nothing to do with constructions for humans, but only speculative.

It ‘just looking city in the world that we can better understand the architectural impressionism. The towns have complied over the centuries according to a precise ideological vision and according to a number of factors that you existed. The architecture stems from the reality in which we live, from the reality that is interpreted through our eyes and dreamed. And ‘what happens when we happen to say, “this is just a typical small town ..”.

Every city, every place must not lose its origins, what we will again not be untied with the past. We’re not talking about zoning and maximum heights allowed, but the spirit of the architecture. The moment is broken down the new from the old, and if this is not a new development of the old, then you lose them at that time not only the nature of the city, but also all that it brings with it.

The men still in contact with the passion, in all its forms, never would be able to standardize neighborhoods, because that means standardize lives. The process is autoconsenziente, this is the problem. 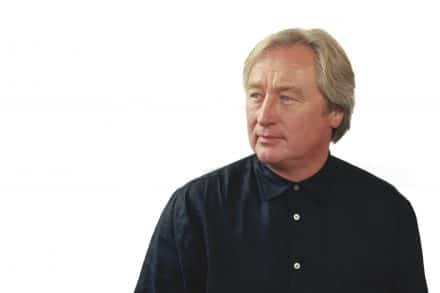