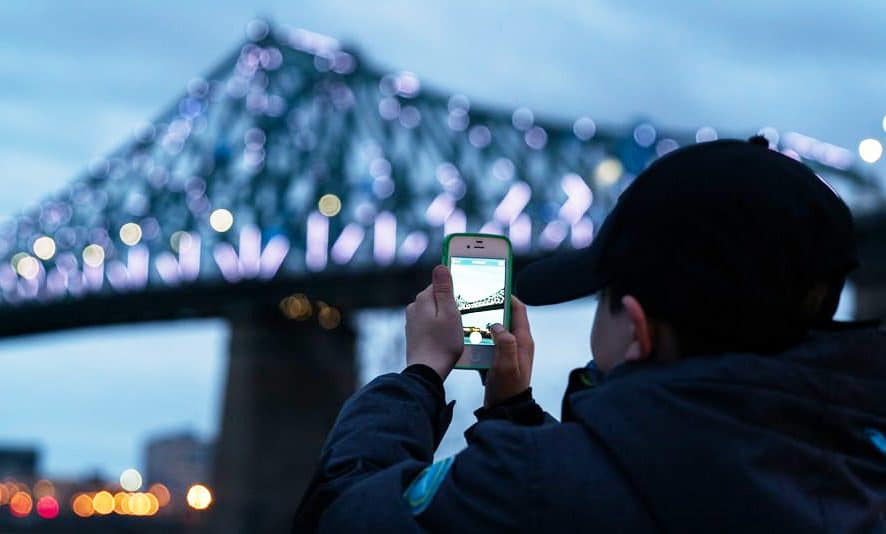 An iconic architectural feature of the Montreal skyline by day, the Jacques Cartier Bridge now shines with an innovative lighting signature that celebrates the unique engineering of its historic structure. Thanks to intelligent programming connected in real-time to big data and social media networks, this bridge is by most measures the most connected bridge in the world. It comes alive every night and changes constantly, in synch with Montreal’s seasons, weather, traffic and social media activity.

A flagship project for the city’s 375th and Canada’s 150th anniversaries, the illumination of this steel colossus was a major challenge. This project unites the bridge with the city and its citizens, by combining expertise in civil engineering and large-scale project management with the creative talent of Moment Factory and six world-class local design firms.

+ A soft lighting is directed inwards towards the ‘heart’ of the structure, minimizing light loss and distractions to vehicles.

+ Project management by The Jacques Cartier and Champlain Bridges Incorporated. 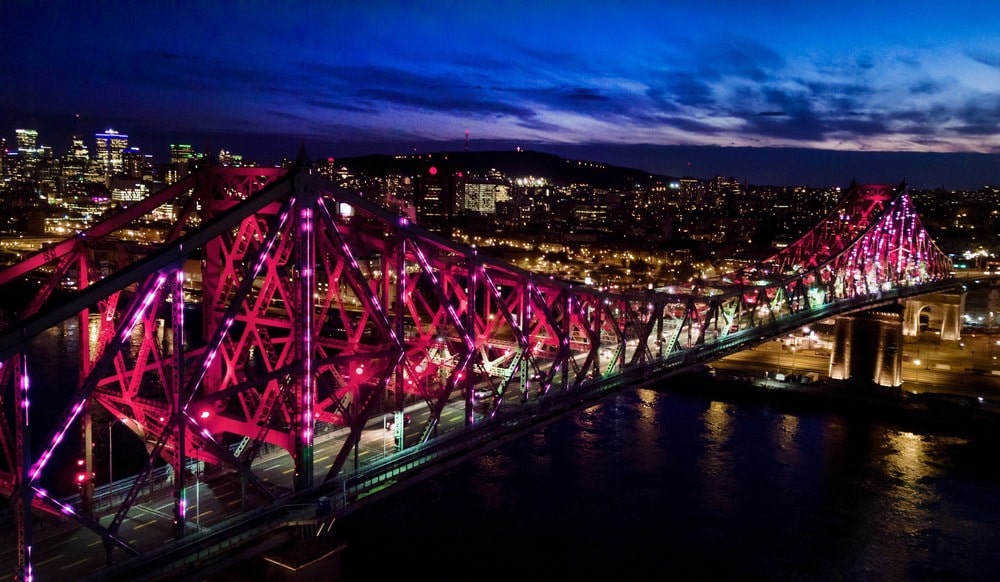 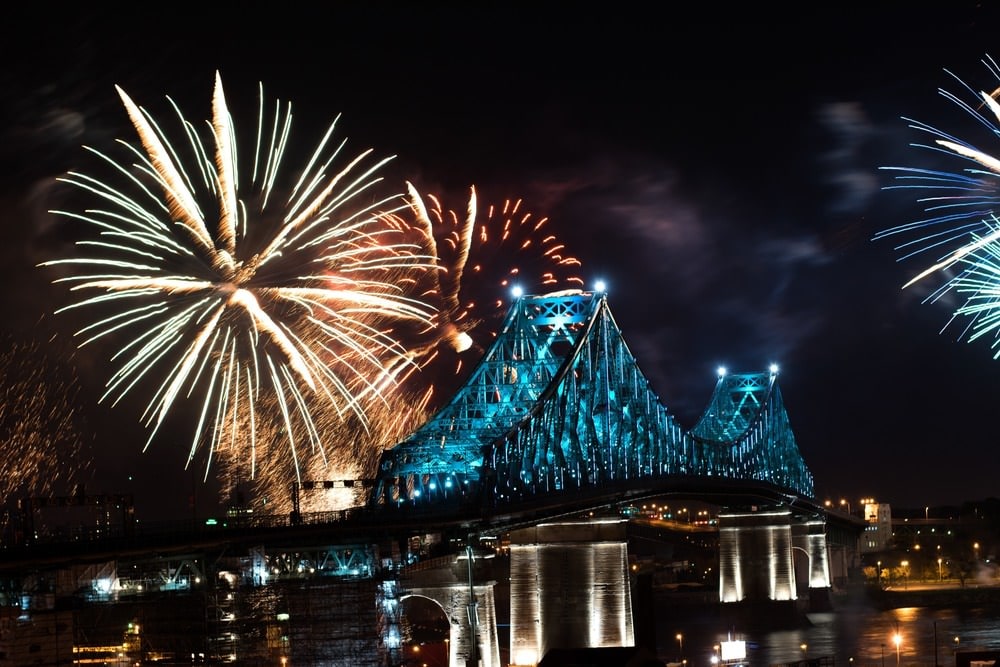 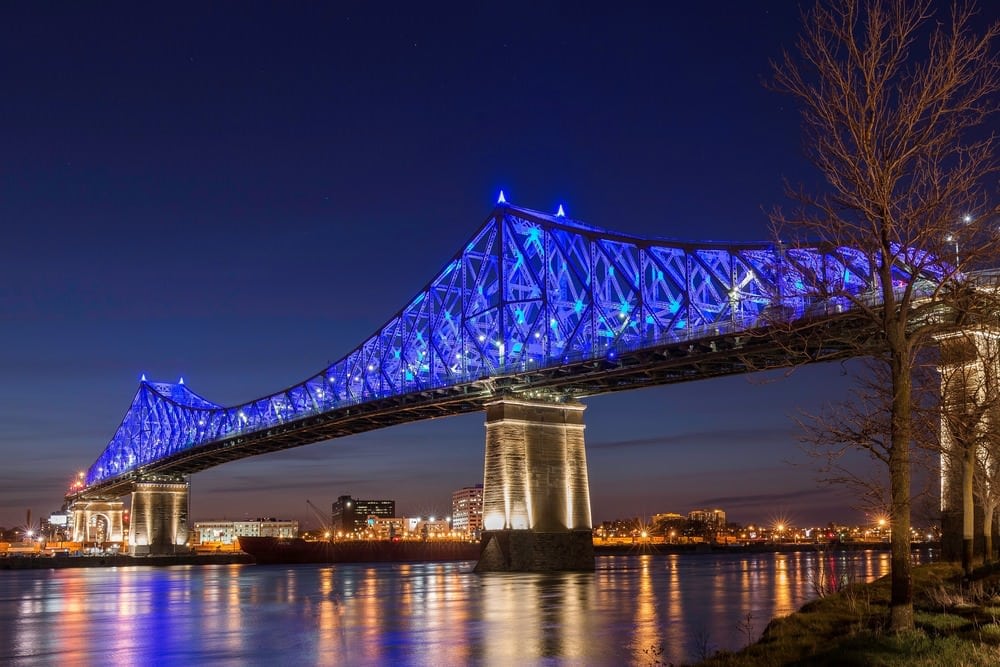 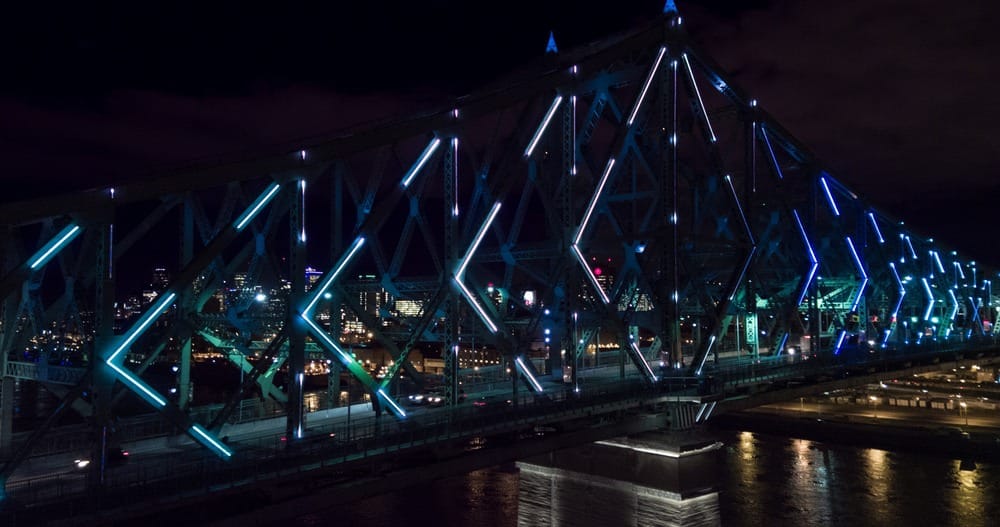 From sunset to sunrise

An iconic landmark by day, the bridge takes on a new life at night. As the sun sets, the bridge awakens, bringing light, movement and data to the structure. Over the course of the night, the bridge uses these features to tell the evolving story of Montreal and its ongoing rhythms. The following morning, as the day breaks, the bridge’s pulse fades into the sunlight, waiting for its next turn to shine.

The energy of Montreal is represented through a subtle play of light on the bridge’s exterior ‘skin’. For 52 minutes each hour, the bridge pulses with the city’s social conversations as tracked on Twitter in real-time. The intensity, speed and density of these light fragments changes depending on how often Montreal-related hashtags are liked and shared. Viewers create a unique coloured spark by sending a Tweet directly to the bridge’s own dedicated hashtag #illuminationMTL.

On every hour, at night, short 8-minute animations create a Big Data-driven show that visually translates Montreal’s activity and mood based on different types of daily data: the weather, traffic, news, major events, and more. This changing content makes the bridge a true barometer of Montreal life.

As the seasons change, so does the light.

The bridge changes hue with the seasons thanks to a 365-colour calendar. Day after day, the bridge’s ‘heart’ gradually changes from an energizing spring green to a radiant summer orange, a voluptuous fall red, and finally an icy winter blue. Like the forested mountain after which the city is named, the colours change gently with the seasons, the light subtly evokes the passage of time as an enduring artistic expression that reflects its surrounding ecosystem. 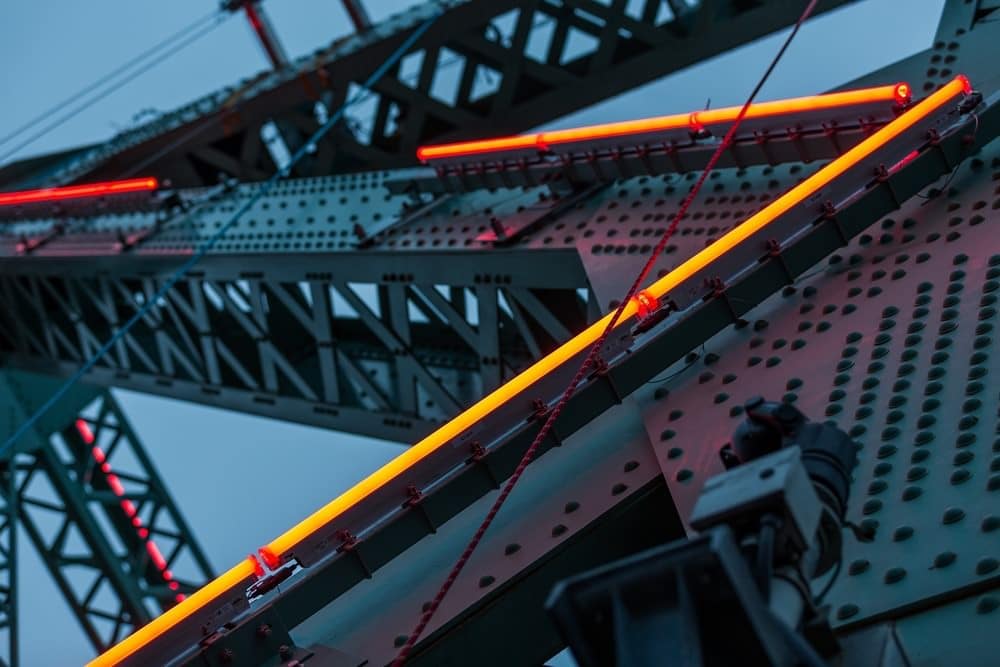 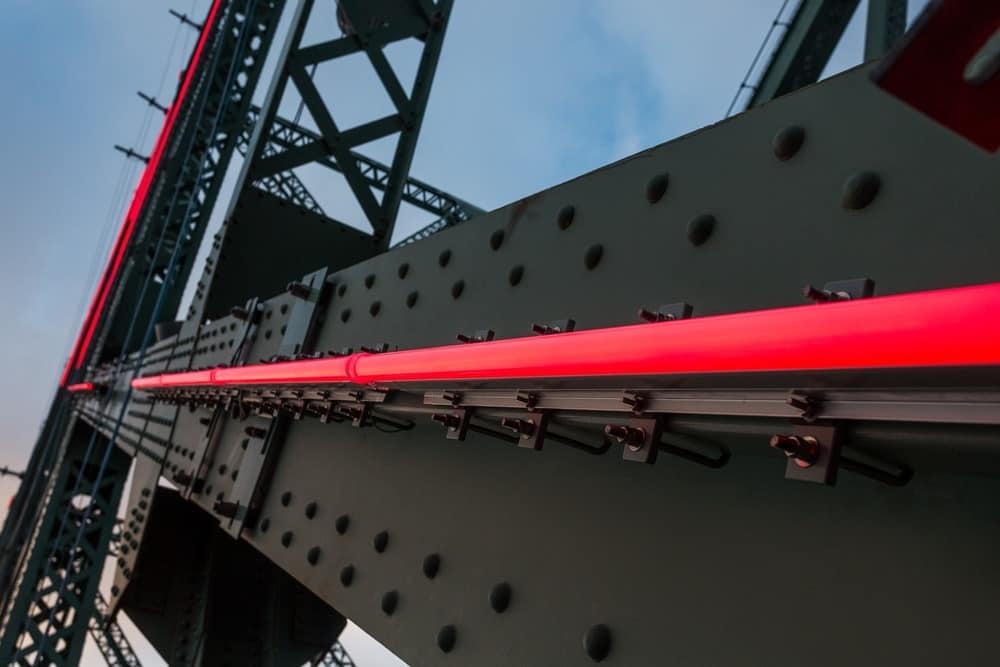 + 87 YEARS : the Jacques Cartier Bridge has been a Montreal icon for close to a century, a jewel of civic heritage, and a source of pride for Montrealers since its inauguration in 1930.

+10 YEARS: of operation and maintenance were secured in the illumination project budget.

+ UP TO 500 LIGHT POINTS, representing the most recent and most-liked TWEETS, circulate simultaneously on the bridge’s skin.

+ 2,807 LIGHTS: a combination of projectors and tube lighting illuminates the steel superstructure to reflect the activity of the city.

+ 10.4 KM: length of cabling needed to illuminate the bridge (for data transfer and electrical power).

+ 10,000 MOUNTING SYSTEMS: to secure the lighting fixtures to the steel supports on the bridge (about 5 per light). 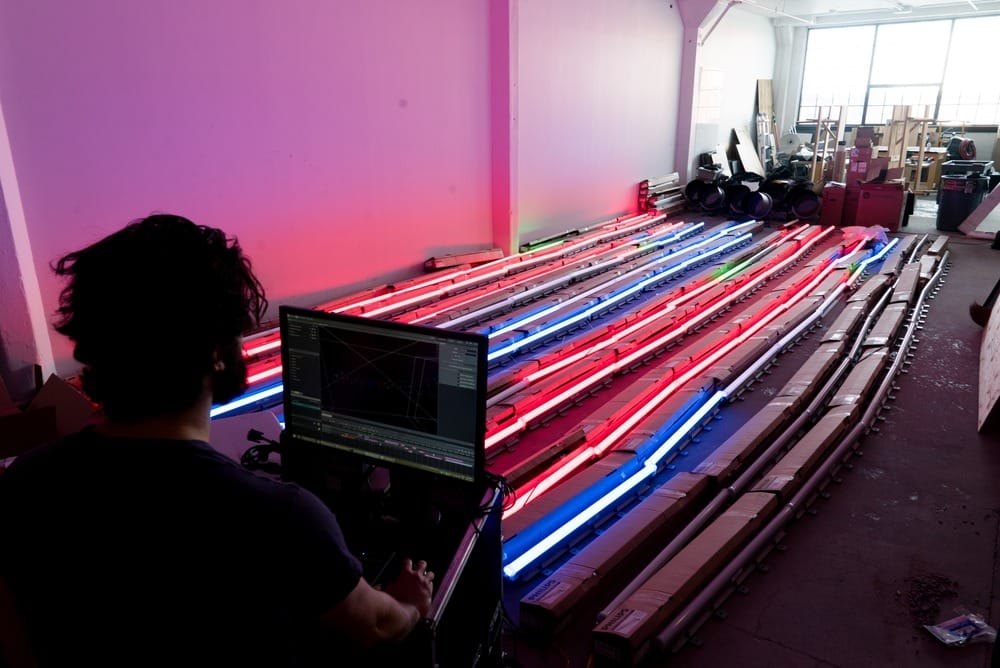 + ALL TWITTER USERS can interact directly with the Jacques Cartier Bridge, causing a point of light to appear from one of the bridge’s ‘towers’ and move across the bridge’s skin.

+ UP TO 500 LIGHT POINTS, representing the most recent and most-liked TWEETS, circulate simultaneously on the bridge’s skin, before the oldest and least popular gently fade out.

Unique hourly show, based on big data collected from Montreal

With 53 data points in 11 different categories collected every day in real time, the possibilities to mirror Montreal’s energy are infinite.

The bridge translates urban big data collected from sensors over the course of the day and updated every hour, into a series of eye-catching data visualisations. Pulling from a wide variety of data sources, including weather, traffic, news and social media, each hourly show is generated in real-time and is totally unique. The ever-changing content makes the Jacques Cartier Bridge a true barometer of Montreal life. 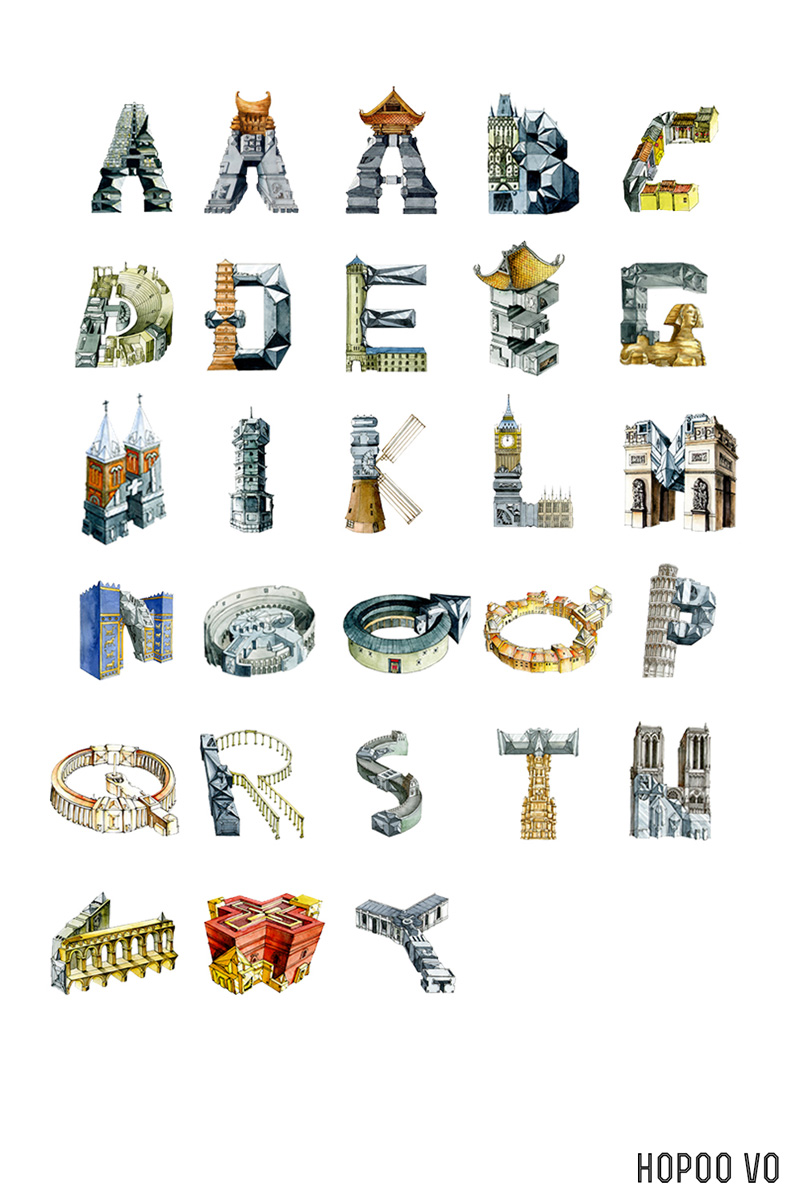 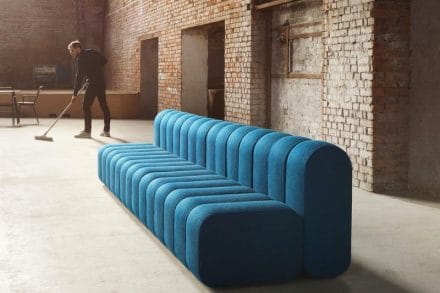