In the night of the 13th of August 1961, Berlin was marked by something that still represents a scar on its face- the wall. The main reason why it was built was a geographical division of the city, but the final result was a clear contrast between the western life style and the Urss one.

The architectural theme, coming after the political contrapositions that characterized the Cold War, had a great relevance because of this unnatural division of the city. On one hand the European modernism was reshaped by Soviets to create functional neighborhoods following the party logics, as to say the social and individual flattening. On the other hand the organic planning of Scharoun was done in order to have a neighborhood free from rules, able to provide solutions to the movements of individuals. To the standardization is opposed the freedom of planning, as to a “light” planning- like the one of kulturforum- is opposed an unilateral urban planning.

Taking the new philharmonic by hans scharoun as example of the planning of Berlin West, the observer can quickly get the moving away from soviet buildings. The light roofing is like an awning enveloping the internal hall, that has been conceived as a natural landscape, engaging spatially and emotionally the orchestra- that is the cornerstone of the opera. Moreover, through some architectural expedients, the classical division between spectator and musicians fails. 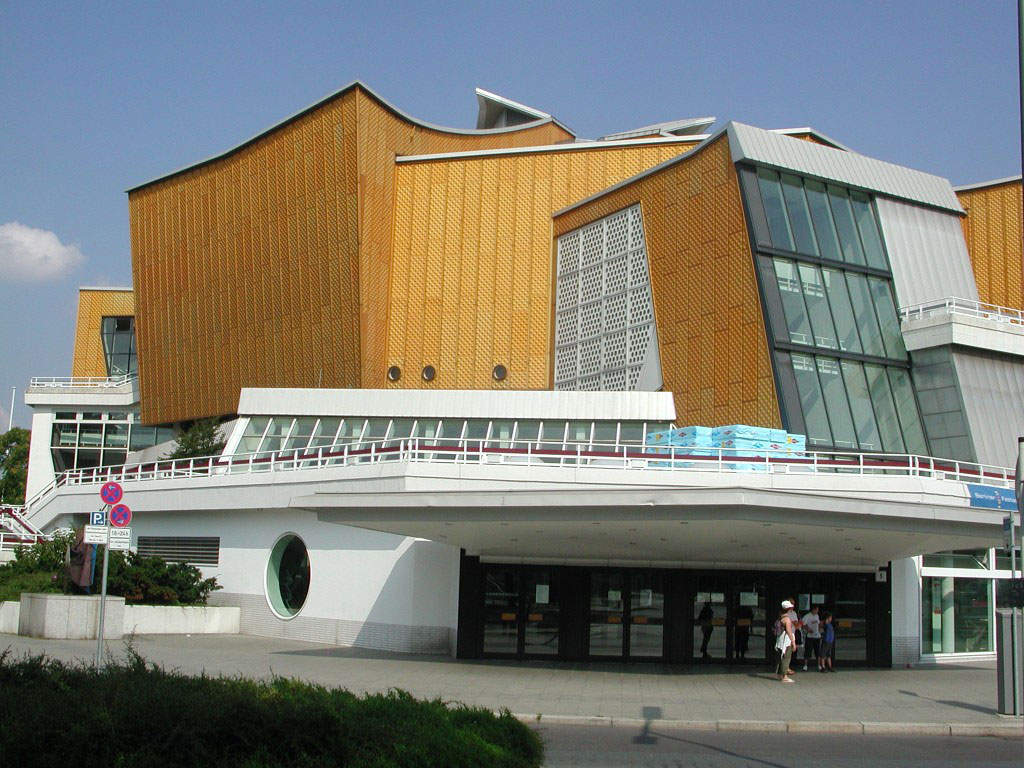 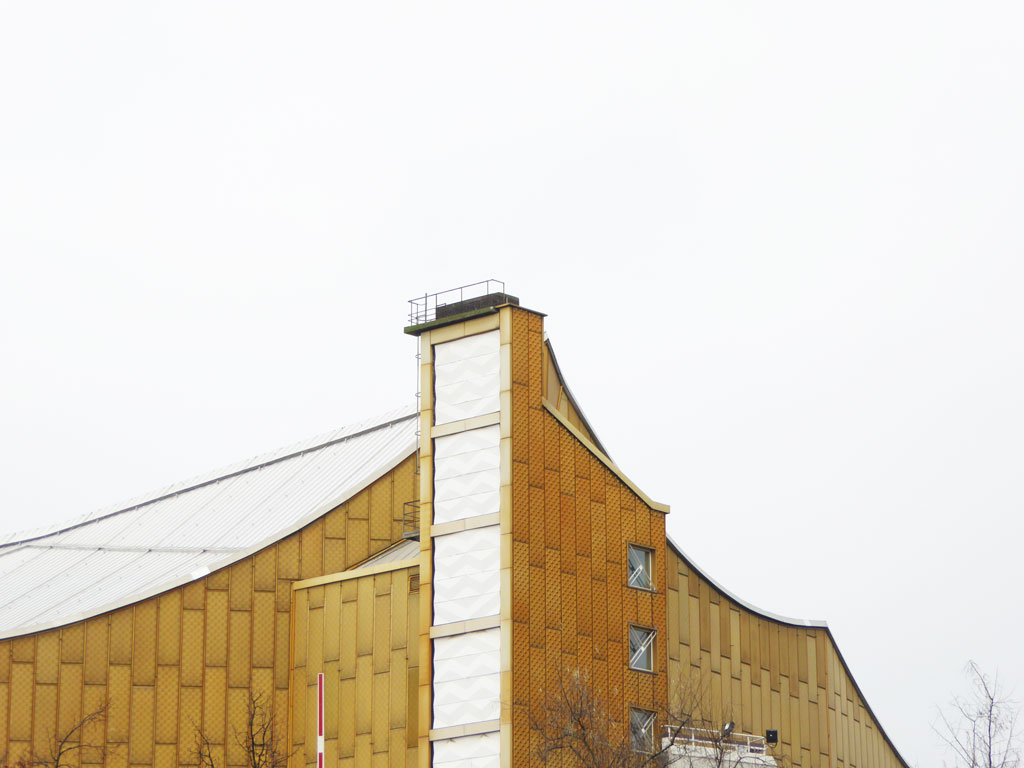 This image and that one in the cover @LO

Scharoun doesn’t forget the functionalist lesson and the roofing is designed to be convex in order to make the music spread in the best way possible.
In the internal hall we can see the symmetry in the map, that is not easily perceptible and leaves space to suggestions that have nothing to do with the soviet buildings. The external part of the building is also surprising, with an effect that gives life to different surfaces, that anyway never lose their continuity. 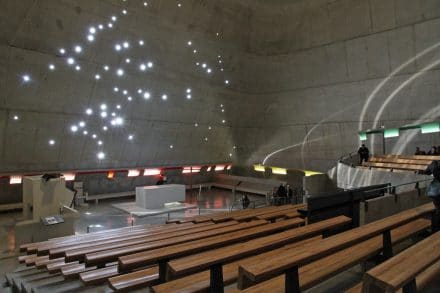